The only pickguard I make is for the Super-Sonic guitar. It's one of my retirement hobbies. 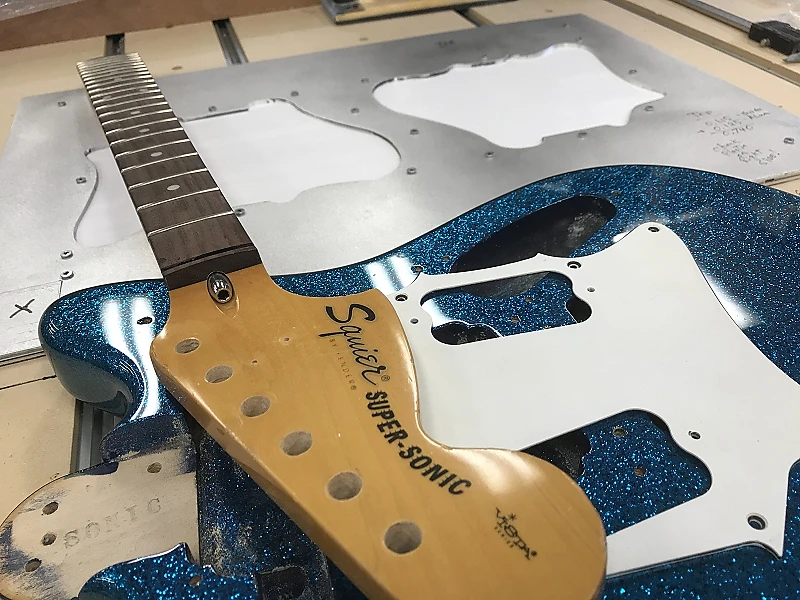 Hi.  My name is Rick Hubka from Chemainus BC Canada.  I spent most of my working years as a Computer Programmer for Government and Oil companies.  Now I’m retired and I spend my days as a guitar builder and player and woodworker.  These used to be my after work hobbies.  I have a nice well-equipped workshop.  5 years ago I built my own CNC machine to make my own guitar necks.

Three years ago a friend gave me a badly beaten up 1997 Squire Super-Sonic Guitar with pieces missing.  After 2 years of looking at it in the corner I decided to put some pickups and pots in it and fix the wiring.

After 11 months I have sold 50 super-sonic pickguards.  Yes only 1 a week.  But I have made a lot of super-sonic guitar players very happy and my wife does  not get as mad when I bring home another case of beer.

I hope you enjoy my website with it’s super-sonic guitar images.
Cheers and Stay Safe my friends!